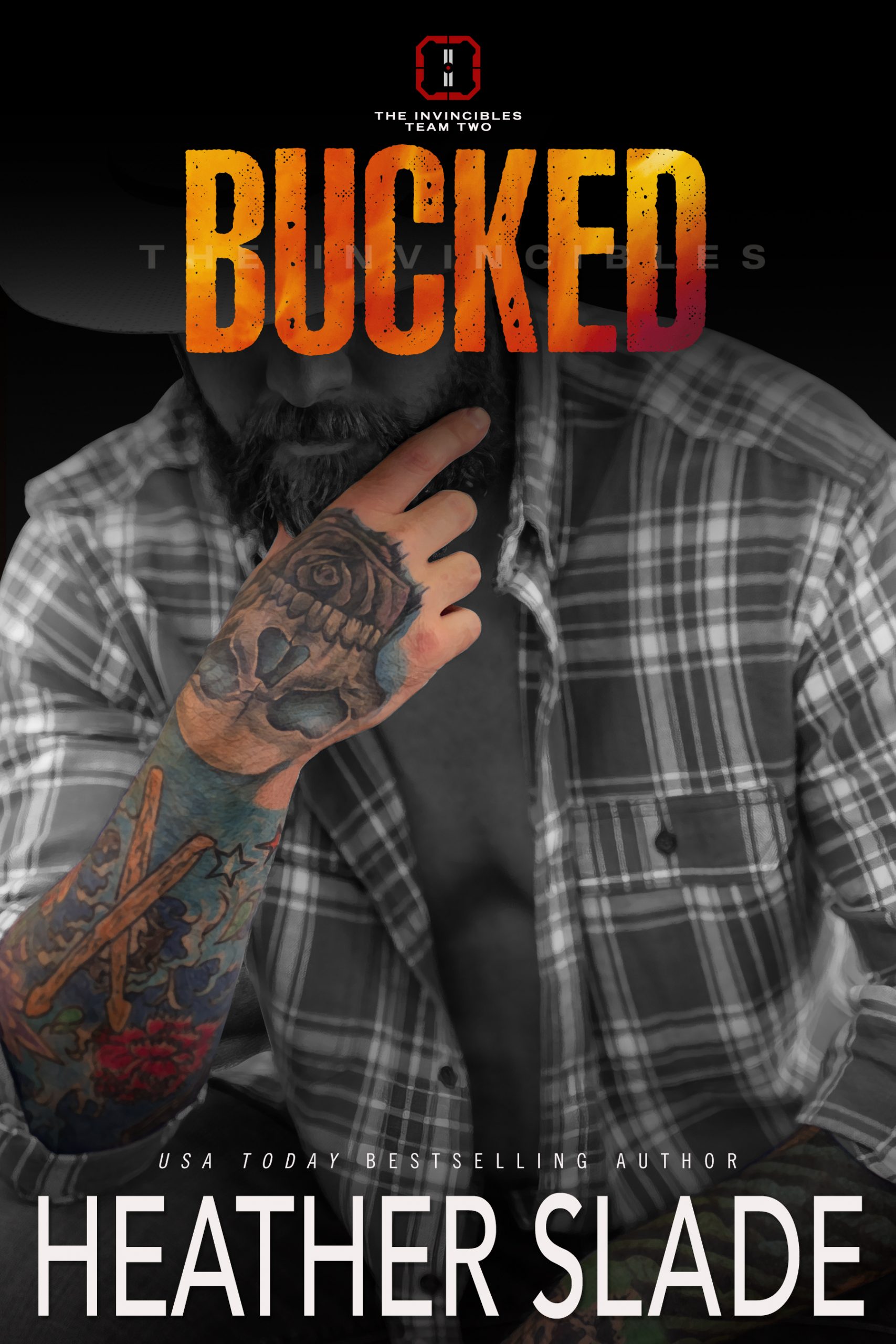 He’s a former CIA operative who juggles it all.
She’s a hard-core investigative reporter.
Together, they’re INVINCIBLE.

BUCK
Heading called back to the ranch, after my dad dies, I know I have my work cut out for me. As a CIA operative, I can juggle it all. Always have. Always will. But when she needs my help, I can’t possibly refuse. After all, she’s the sexiest city slicker, this Buck has ever seen.
STELLA
My heart and soul is in the city. The last place I ever saw myself was on a ranch, getting filthy, and smelling like a barn all day. But I need his help, and he needs mine—whether he realizes it or not. As for him, the most rugged and irresistible man I’ve ever known, I can make this sacrifice. After all, this city filly could use a BUCK of her own. 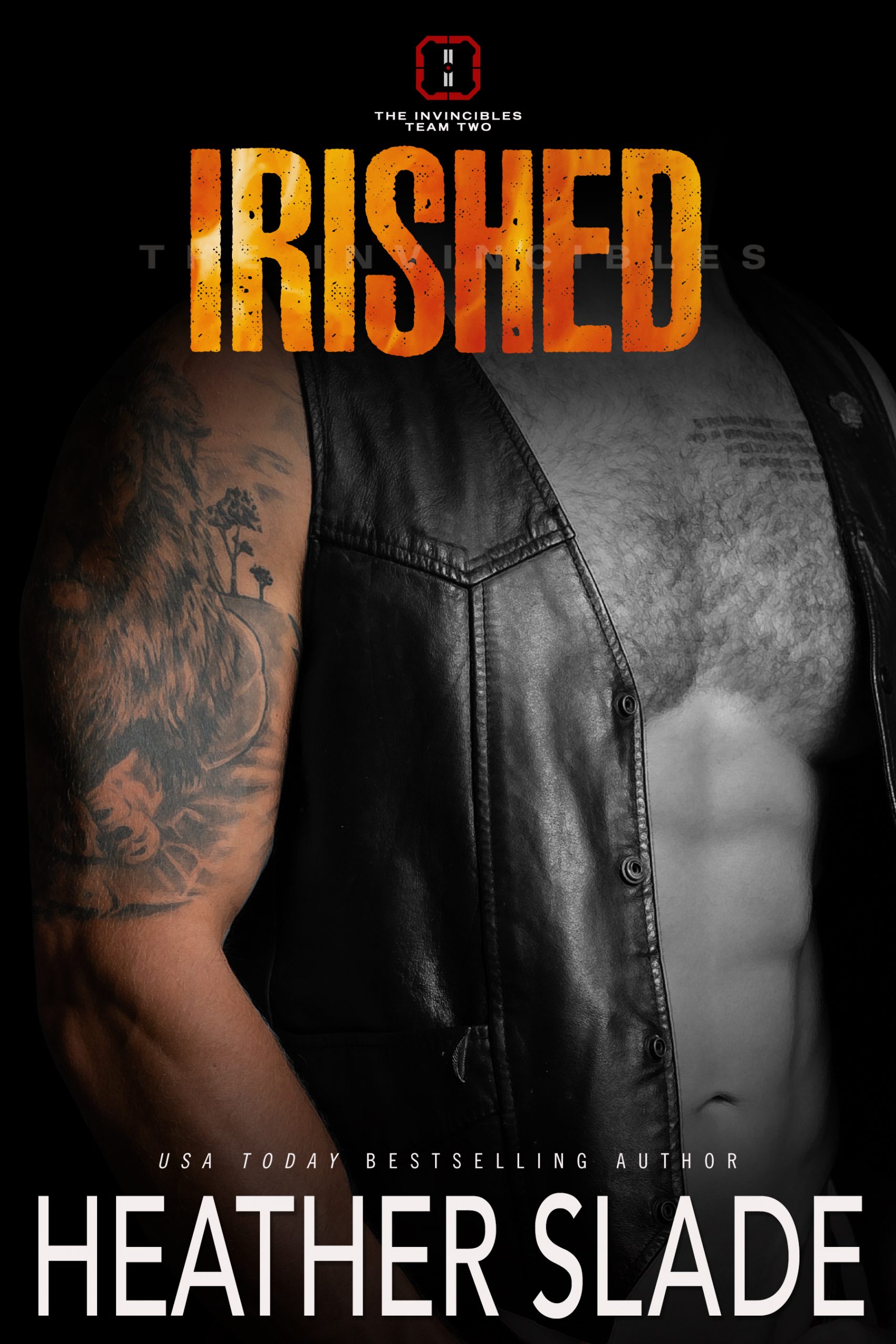 IRISHED (TEAM TWO BOOK TWO)
He’s an undercover double agent.
She’s his partner’s younger sister.
Together, they’re INVINCIBLE.
IRISH
Undercover for years, I learned one thing: be careful who you trust. Now, I need to know who’s killing our best operatives. Back on the ranch, I can uncover the secrets, while proving myself to everyone who doubts the truth. But Flynn Wheaton knows more, feels more, than meets the eye. She’s the first truth I’m going to conquer.
FLYNN
Pain hidden by kindness. He’s the perfect mystery, the rugged and inked man with secrets to unfold. He may be my brother’s partner, but I plan to know more, uncover it all. When my life is threatened, there’s only one thing I want to know, Will I finally get IRISHED? 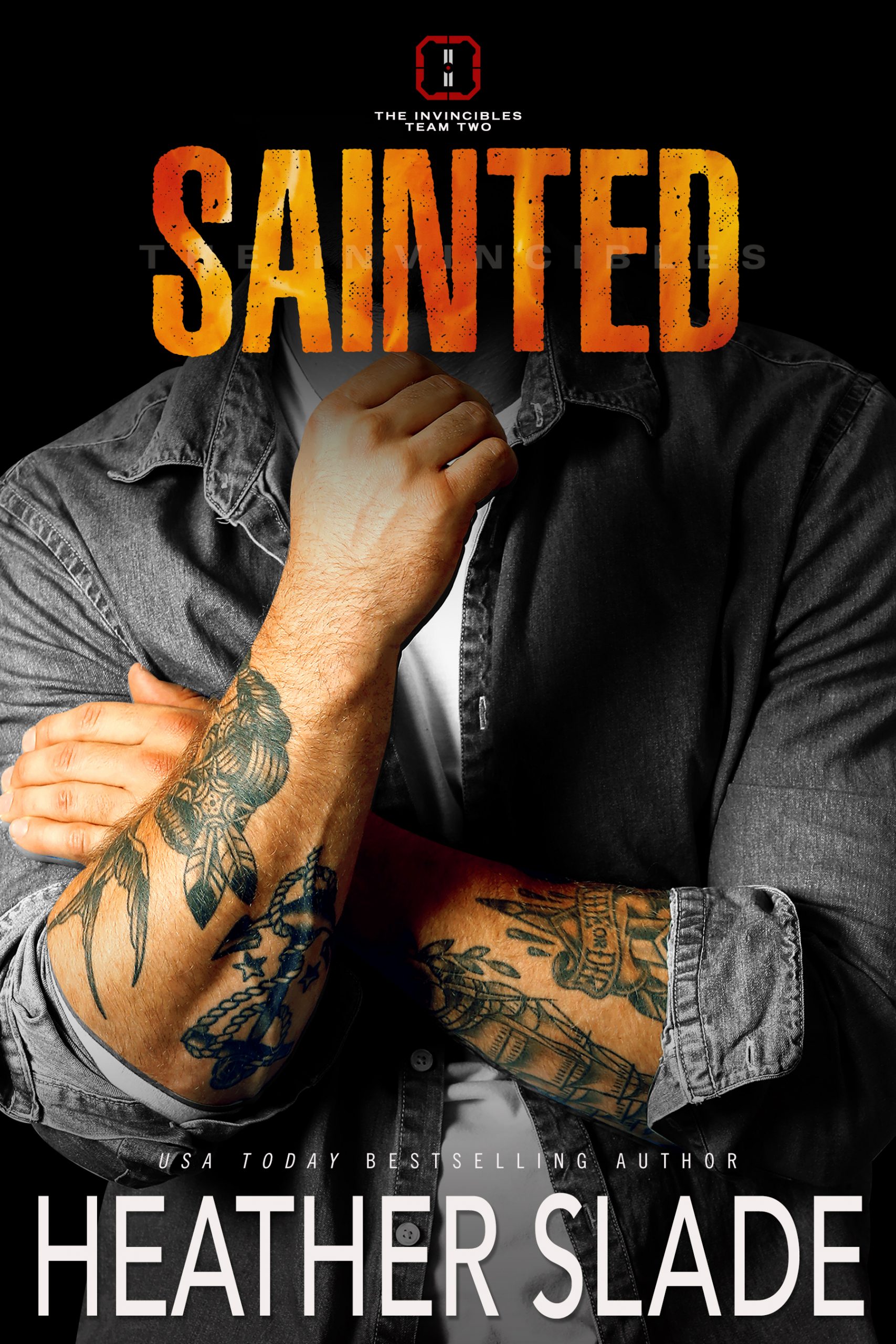 SAINTED (TEAM TWO BOOK THREE)
He’s a playboy MI6 agent trying to change his ways.
She’s a future minister jilted at the altar.
Together, they’re INVINCIBLE.
SAINT
I’ve got a reputation to mend—a lifestyle to correct. Hell, I’m no saint; I like my women. But I want this job more than anything. Walking the straight and narrow is going to be hard, but being an INVINCIBLE is even harder. But the hardest job of all: not torturing the deadbeat thug who left a beautiful and innocent woman high and dry.

HARPER
Jilted, alone, and totally broke. Stranded in a foreign country was not exactly my fantasy honeymoon. Yet here I am with no clue how to get out of this. And then out of nowhere, I’m gifted a miracle in the shape of a strong, sexy, and stubborn MI6 agent who insists on being my knight in shining armor. Whoever said that the sinners are much more fun have never met SAINT. 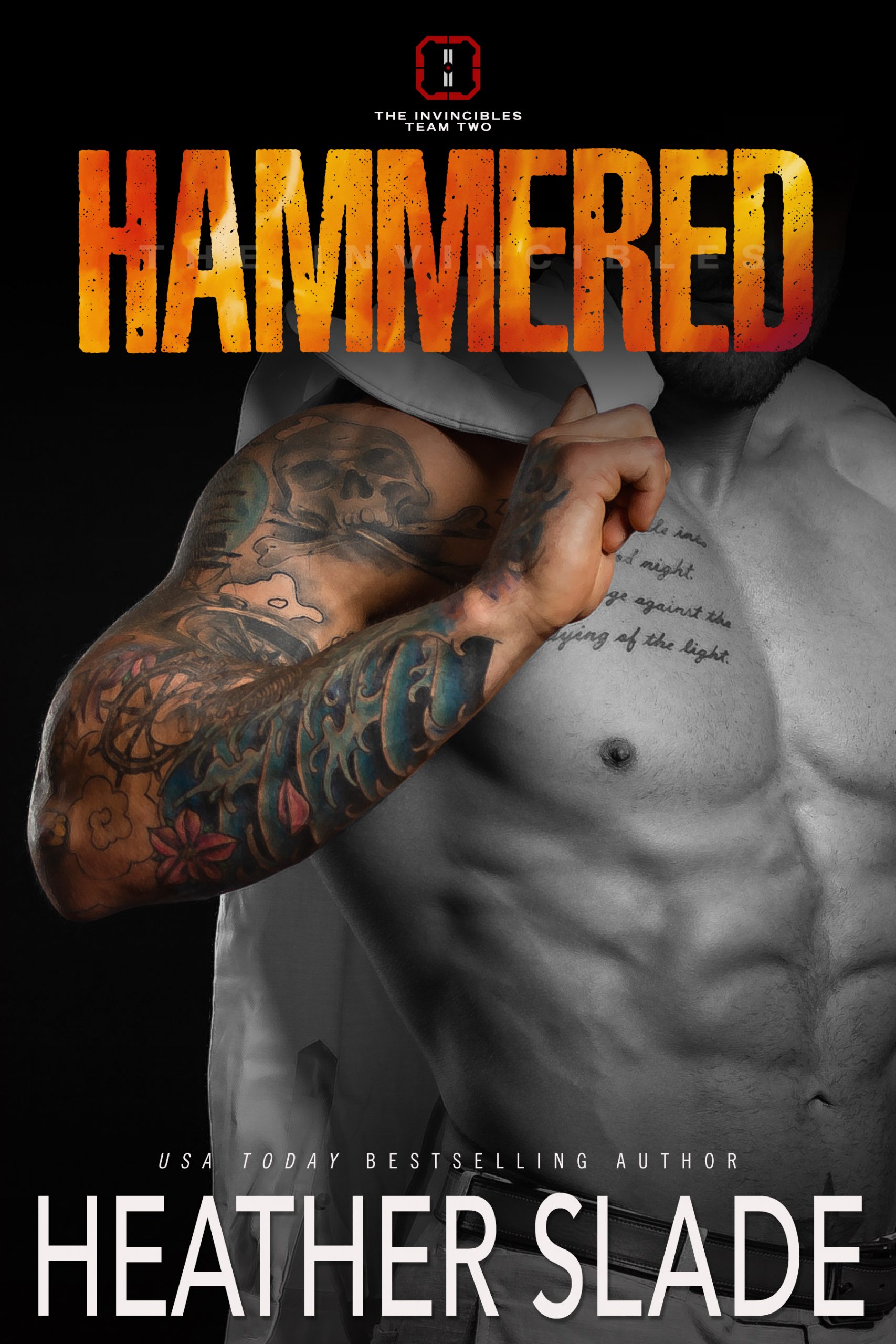 HAMMERED (TEAM TWO BOOK FOUR)
He’s a ruthless attorney.
She’s a determined bar owner.
Together, they’re INVINCIBLE.
HAMMER
Bottom line, I put the hammer down. That’s the truth and nothing but the truth. But when the CIA director calls in a favor, I’m forced to comply. Keeping an eye on his feisty, reckless sister goes way beyond my retainer. The relentless bar owner doesn’t know when to throw in the towel, which is why I can’t get enough of her.
MAEVE
On my own, doing it my way, that’s all I want. Maybe the bar wasn’t the greatest idea. Punks are stealing from me, quitting on the spot, and worst of all, I’m breaking up bar brawls nightly. Now, I’ve got a rabid lawyer breathing down my neck. Granted, he’s hot as Fireball on a Friday. But I have a job to do; the last thing I need is to get HAMMERED. 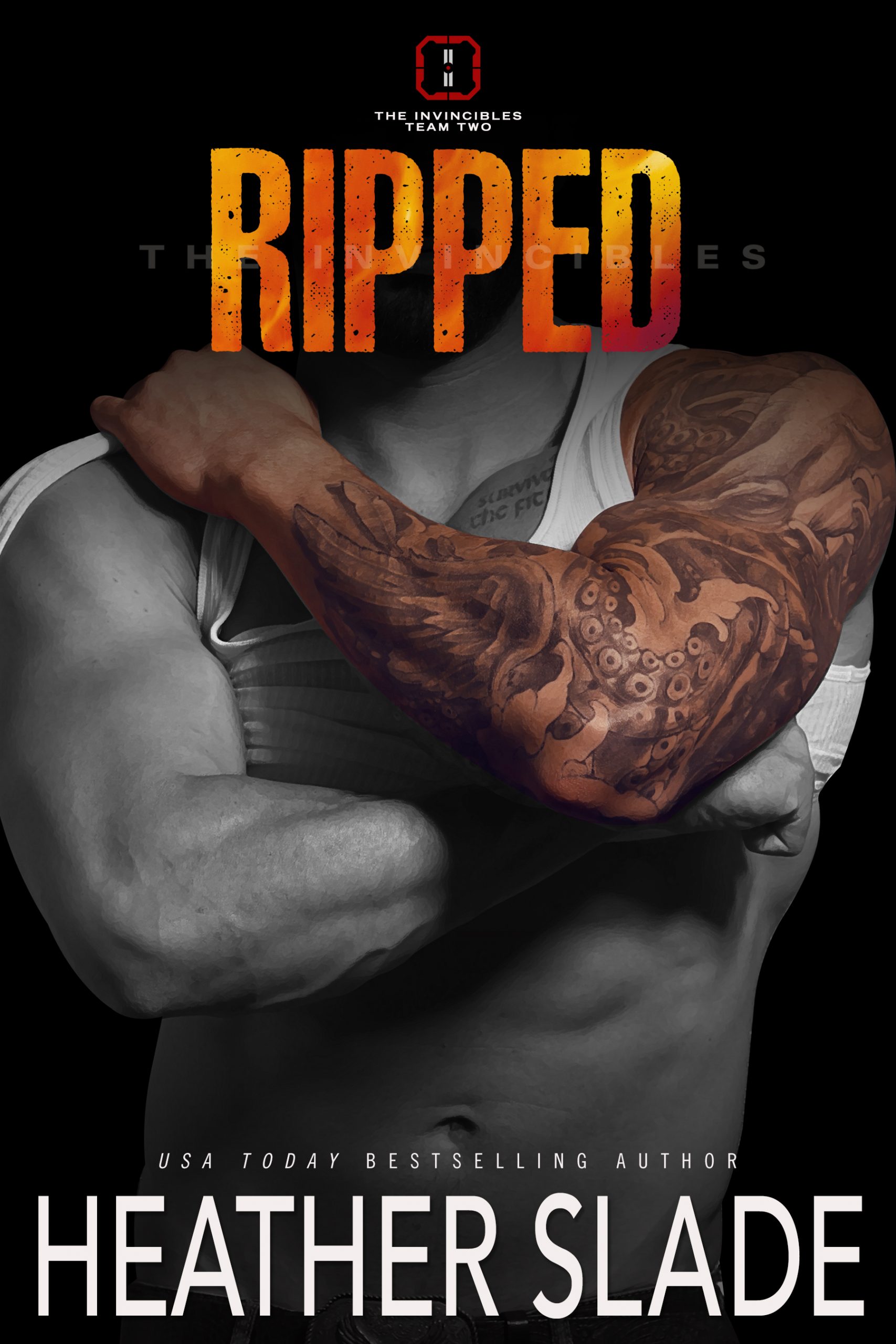 RIPPED (TEAM TWO BOOK FIVE)
He's an Invincibles contractor on the fast track to partner.
She's a cult captive looking for answers.
Together, they're INVINCIBLE.
RIP
I ’m on my way up—up the Invincibles ladder, ready and willing to be named partner. But first, I need to take down the Aryan Brotherhood of Texas, a brainwashed cult that will stop at nothing to get ahead, even hurt their own kin. And that doesn’t sit well with me. When I meet her, the daughter of the brotherhood, I know something is wrong, and dangerous. She’s in trouble and has nobody to turn to—until now.
PEARL
Conflicting feelings. Emotions that have me reeling. My father is dead. The grief is real, but the relief is paramount. I’m free. I’ve escaped the clutches of him and his vile men. With nowhere to go, I have to trust the Invincibles, especially the one who’s trying to help me. But something tells me, if I get too close, he’ll RIP my heart out.
Kindle | Paperback | Read Chapter 1 | Audible | Chirp | Author Direct Audio