Code Name: MAYHEM (K19 SHADOW OPERATIONS TEAM ONE: BOOK FIVE)
Code Name: Emmett “Mayhem” Gable
Target: Grace “Hanadarko” Hunter
Mission: Give grace where it’s due
MAYHEM
I sit back, watch, take it all in, as I determine my next move. I’m quiet, stealthy, and always ready to act—making my enemies regret their every decision. It’s always the silent shy-type people need to worry about. And they worry about me. But when K19 needs the best profiler in the business to come out of “retirement,” it takes every bit of my charisma to convince her to help. And now, there’s no holding back. She’s going to learn why they call me MAYHEM.
GRACE
No way, not a chance. I’m officially in “retirement.” Not that I’m anywhere near old enough. I’m just done facing off against the dregs of humanity and looking filth right in the eye. And now, it’s time to trust the one man who makes it all worthwhile—the one who makes me lose control. He’s chaos and mayhem, and I cannot get enough. 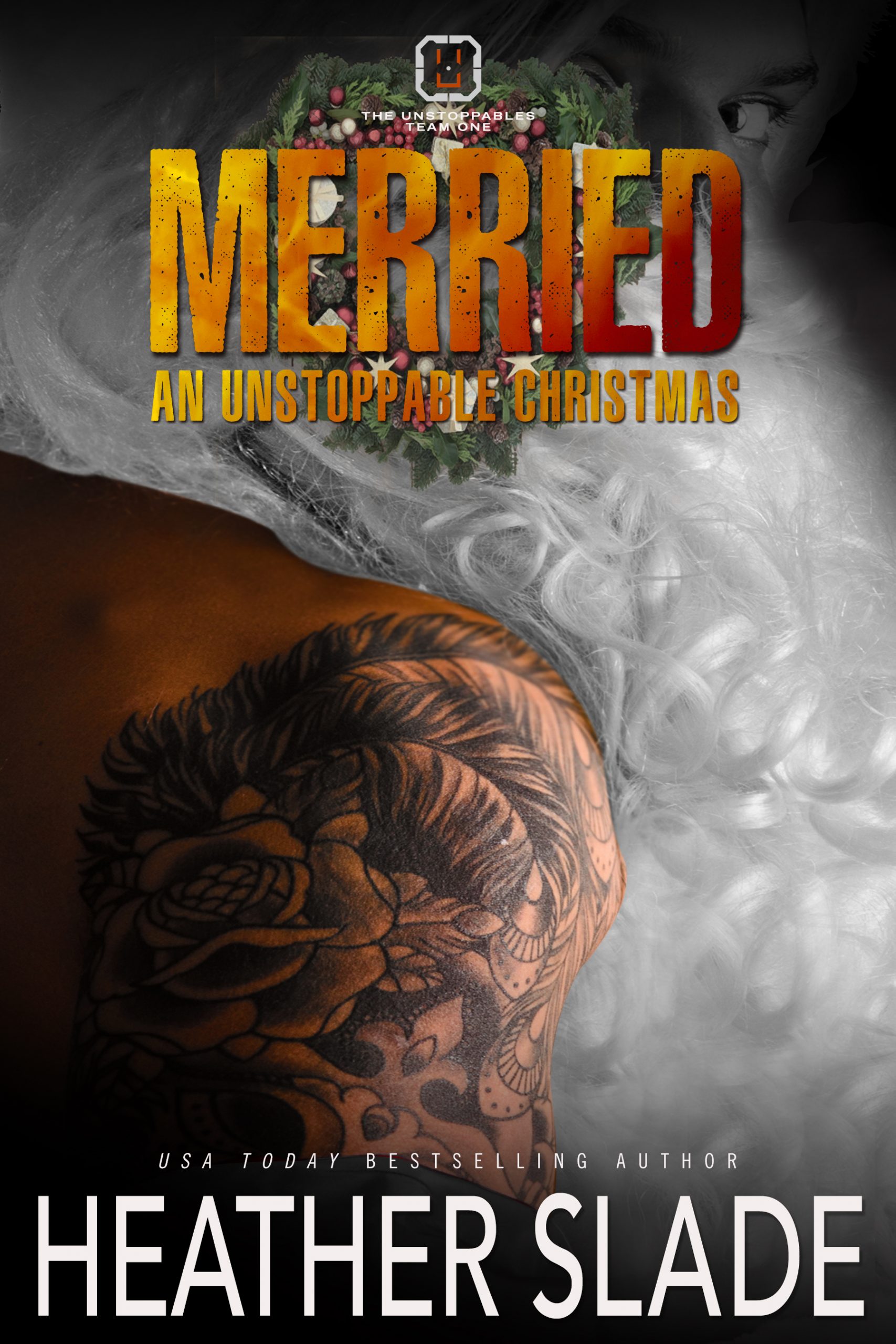 MERRIED (AN UNSTOPPABLE CHRISTMAS)
When the agents merge for the holidays, they're not only UNSTOPPABLE and INVINCIBLE, they're one big "MERRY" family.
AWhe
This Christmas, get ready for a festive season that even the most informed agents of the world didn’t see coming. As the families and friends all come together to celebrate the holidays, the gifts, giggles, and gatherings are everything they’ve ever wanted for Christmas. Enjoy the festivities and magic of the holidays alongside those rugged and handsome agents you’ve come to know and love. But this Christmas ends differently than ever before—with the arrest of one of their own.
Releases December 1, 2022 | Pre-order Kindle | Pre-order other eBook retailers | Read Chapter 1

PRESS' PASSION (WICKED WINEMAKERS FIRST LABEL: BOOK THREE)
A cyber intelligent Brit with a soft side for the innocent.
A rescued MBA student with goals and dreams.
This winemaker is willing to help—one WICKED way or another.
PRESS
Women swoon at my British accent, but I’ve been in America most of my life, hacking computers by day, and saving innocent women by night. A regular superhero. When I start getting close to Luisa, I want all disguises off. She’s falling for someone else, but I’m determined to wait it out—start a full court PRESS to make her mine.
LUISA
Focus, heal, and grow—those are my goals. After enduring the unthinkable, it’s time, time for me, time for my future. But when my walls start crumbling, it’s him who starts to pick them back up, making me see my potential. My truth. My life.
Releases January 2023 | Pre-order Kindle | Pre-order other eBook retailers | Read Chapter 1

Meet Ares, a mouth-watering American, who’s all bravery and brawn.
Meet Margueax, human trafficking expert with an icy exterior.
Together, passion burns as they battle the enemy once and for all.
Pretty boy, Adonis, Marvel model—I know all the things they say about me. But all I want is to prove there's more to me than meets the eye, and save these innocent women from more tragedy and pain.
Releases March 23, 2023 | Pre-order Kindle | Pre-order other eBook Retailers | Read Chapter 1 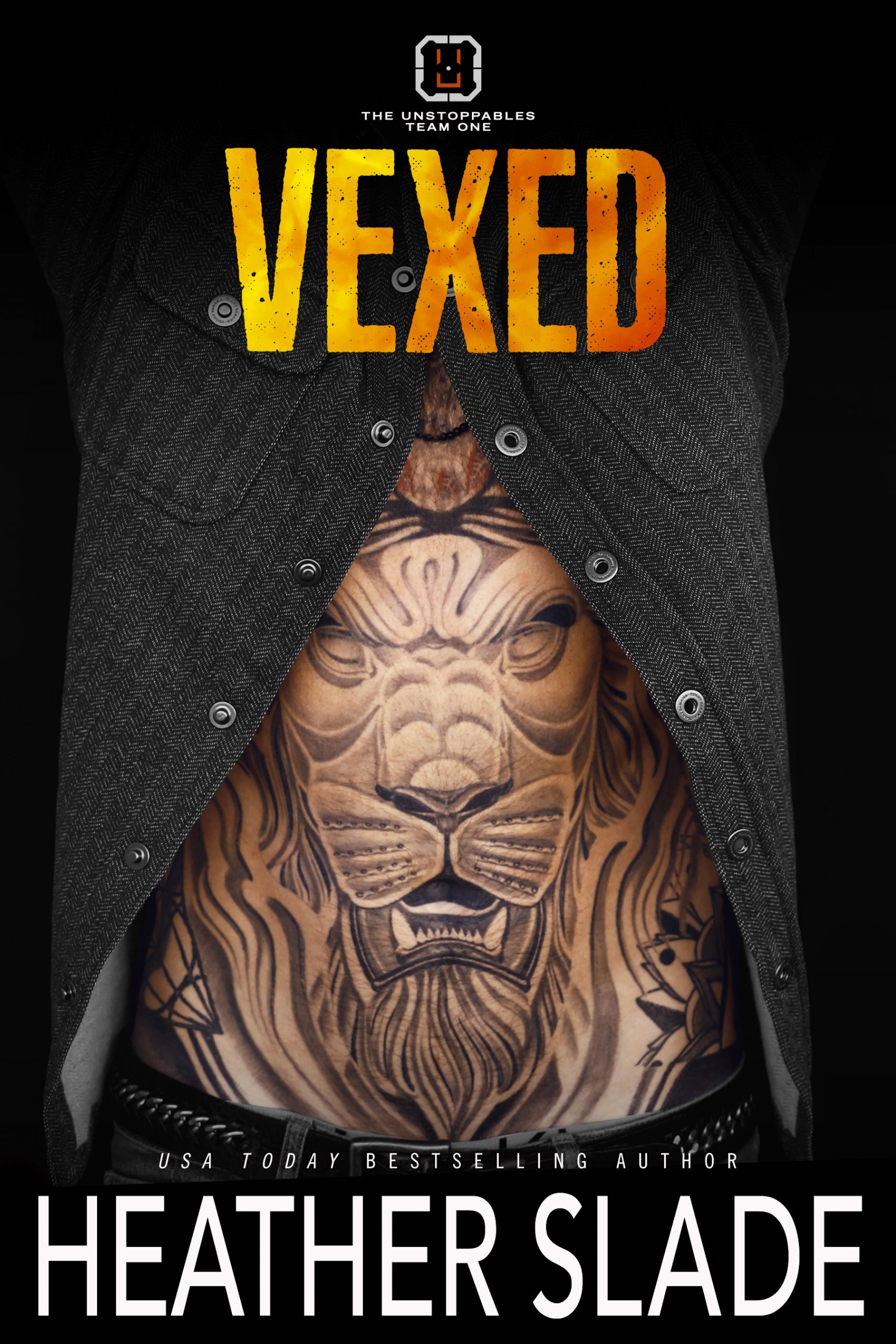 He's a former CIA operative, who faced off against the Aryan Brotherhood.
She's former Homeland Security, now with the FBI, determined to keep us safe.
Undercover, they're UNSTOPPABLE.
VEX
Freelancing for the Invincibles gives me the high I love, and the adrenaline rush I crave. But, being undercover with the sexiest agent ever. sent me into overdrive. Fabricating a relationship opened my eyes to what I really want, what I really need, and I want her. But now that's she's been framed for murder, I know she needs me just as much as I need her.
SCOTTIE
After months undercover, it’s no surprise that I’m still thinking about him. But, I have to keep my head in the game and not on the irresistible operative who makes me tremble. Except, when someone kills my high school sweetheart and frames me for the crime, I know the only person to prove I'm not guilty, the only person I trust, is him. But, if I rely on him, I know I’ll fall even harder. My desire for him has me completely VEXED.
Releases April 27, 2023 | Pre-order Kindle | Pre-order other eBook Retailers | Read Chapter 1