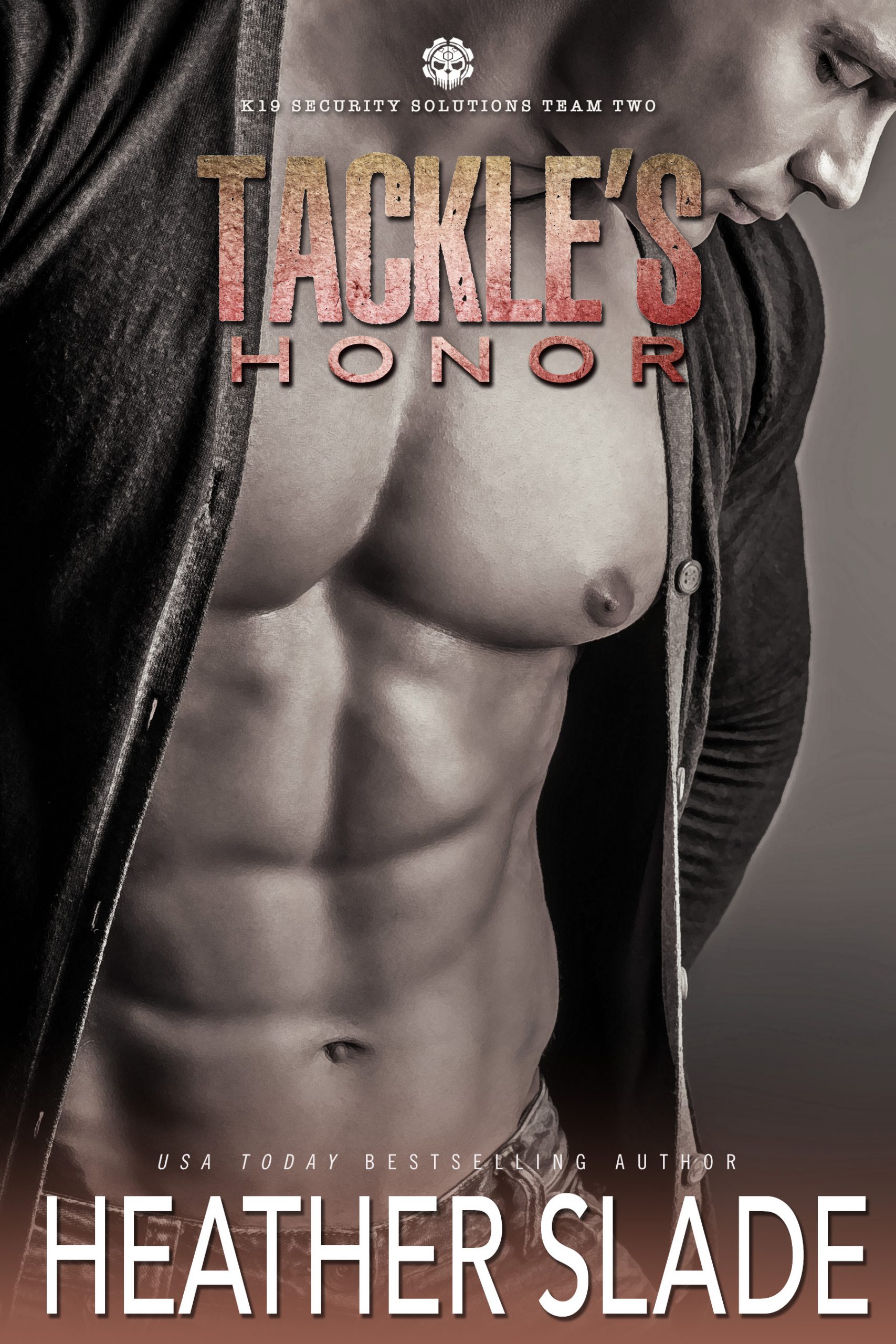 He’s a K19 former military hero determined to take down the enemy.

But there’s one thing he can’t TACKLE.

She’s fiery and ready to change the game.

With TACKLE by her side, she knows exactly what she wants.

TACKLE
I can handle anything. Kidnappings, plane crashes, whatever comes my way. Nothing gets the best of me. Sloane is the one thing that weakens me. Too bad she’s off limits. My best friend’s little sister. But she’s no kid. She’s all woman now, and when it comes to her, I’m one weak man.

SLOANE
I’ve loved him since high school. Tackle is more than my brother’s best friend. He’s my long-time, knee-weakening dream. Just one night isn’t nearly enough. I want more than this forbidden love affair. I want it all. So, what’s it going to be, my brother or me? Can I TACKLE this man once and for all?

Six in the morning, and I was out wandering the streets of Boston’s Little Italy, looking for a woman who didn’t want me to find her. I walked past the closed-up shops and restaurants that dotted the first floor of buildings now labeled “live-work spaces” although I doubted a single business owner in this area lived in the luxury apartments above them.

There were worse neighborhoods where Sloane could’ve chosen to hide out. If, in fact, she was here. It was certainly understandable why it would’ve appealed to her. Mass General Hospital was within a mile’s walking distance, and her office was even closer. Not that she was going into work very much these days.

She’d done a damn good job of disappearing in the couple of days I was gone, called away to take care of something I wanted no part of.

I hadn’t seen or heard from her since the day I left the house I had been painstakingly renovating for us to live in. If she’d have me, which now remained to be seen.

When I said goodbye that morning, I had no inkling that when I returned, I’d find out she’d ghosted me.

“Sloane, where the hell are you?” I muttered out loud, scanning the high-rises as if she’d come out on the balcony of one and I’d spot her.

“You’re too early if you’re looking for Sloane,” said a kid sweeping the sidewalk in front of a coffeehouse.

“You know somebody by that name?”

“Really pretty, stomach out to here?” The kid, who couldn’t be more than ten or eleven, held his hand out in front of him.

Rather than respond, I took the photo I’d brought with me out of my pocket. “This her?” I asked, handing it to him.

“Have you seen her?”

“Here,” the kid said, laughing as he swept dirt onto the street. “Comes down for breakfast, but not until later.”

He shrugged. “Not before nine or ten, after the morning rush is over.”

“You said she comes downstairs. Does she live in this building?”

“Hey, wait!” I was too late. The kid was inside with the door closed behind him.